The title is rather overambitious I know… I should make that ‘Trying to Understand Shiva’ because this is just a humble effort to comprehend a small drop in the mighty ocean that is Shiva. Even that, I do realize, is a foolhardy endeavor beyond even the Gods, as the legend of Brahma and Vishnu who went in search of the crown and root of the towering pillar of flame that was the manifestation of the mighty Mahadeva, bears testimony. However, I am sure that the Supreme Lord who is both quick to anger as Bhairava and swift to calm down as Ashutosh will bless this small effort by someone who has long been enraptured by His magnificence.

To start off on a lighter vein, with no irreverence meant, I think Shiva is the Rockstar among Gods! Just look at Him, with his inimitable fashion statement complete with matted unruly mane, cool tiger skin duds, accessorized to the hilt with sinuous snake wraps, burst of fire, resplendent crescent adorning his crest, and one wild river tamed to a mere trickle in his riotous dreadlocks. And best of all, that All Seeing Eye of his! He can literally kill with a look (as Kamadeva found out the hard way). He is one groovy mover, and you will not find a dancer who can outperform him. Some moves he has! And when he plays the drum, the whole universe dances to his rhythm. 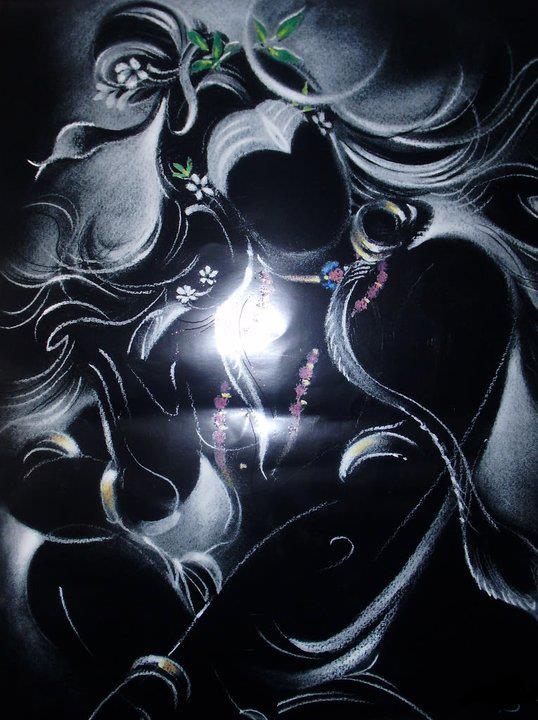 If nothing else, you have got to give full marks to Him for taking feminism to a whole other level. Ardhanareeshwara! Need I say more? This is one God who actually means it when He talks about His ‘better half’. He goes beyond merely treating Her as an equal, and goes as far as to literally welcome her as a part of His body. He would rather suffer a terrible curse from the powerful Sage Brighu than compromise on their private moments as a couple. And all that attention He lavishes on Her does not take away one bit from His masculinity. There is something absolutely riveting about Him whom I consider the most macho of Gods. While Krishna appeals to the romantic side or often the maternal, Shiva somehow appeals to the darker, wilder side.

In the heavily populated Hindu pantheon, Shiva pre-dates Brahma and Vishnu, although there is a theory that he was born from Brahma’s forehead. Rudra, mentioned in the oldest scripture, the Rig Veda and the horned God Pashupathi depicted in the famous Indus Valley Seal excavated from Mohenjodaro are all considered older forms of Shiva.

What is fascinating and adds to the mystique of Shiva is the sheer paradox that He is. He is at once Shiva the benevolent one and Rudra the terrible one. He is the Creator and the Destroyer, the fiery Sun and the cooling Soma. As Ardhanareeshwara, he is a manifestation of both the masculine energy and the feminine. 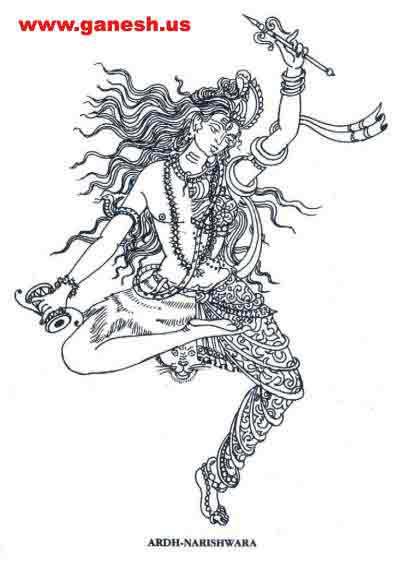 He is the Maha Yogi meditating on Mt.Kailash, the symbol of the highest Truth, where eternal silence reigns supreme and also the hearty householder spending quality family time with wife Parvathi and sons Ganesha and Subramanya, as Shankara, the bestower of great happiness; even finding time to humor the rabble-rousing Narada who came with a prized mango to fan the flames of sibling rivalry between His sons.

While being the naked ascetic Digambara, living on the fringe of society, and frequenting smashans and adorning his body with ash, as Bhooteshwara; He is also the Supreme Lord of desires, as Augadh, the great reveler, enjoying a lusty relationship with His consort. In Him, the distinctions of Brahmachari and Grihastha, otherwise considered mutually exclusive, fade into irrelevance. Being both at once, he somehow manages to do justice to both His roles, seeming to say that one can free oneself of worldly desires and attachments by indulging in that very ‘samsara sagara’ and not otherwise.

Bhairava the terrible one is also Bholenath the kindhearted one who stepped up to consume the lethal Halahala venom spewed out by the snake Vasuki during the Amrithamanthana. Such is His infinite compassion! And by the benevolent touch of the Divine Mother Uma’s hand, even the deadly poison became but an adornment, adding to the fair Lord’s beauty, transforming Him into Neelakanta!

Everything about Shiva is also symbolic of the eternal cycle of Life and Death, in all their glorious aspects, and the rhythms of Maya and Anugraha that set the tones of our lives. His Damaru or drum strikes the first chords of creation with the primordial Nada and finally, into Him dissolves the cosmos.

That the timeless cosmic dance of Mahakala is indeed the source of energy in this manifest and unmanifest world has been understood by the undertakers of the most modern pursuits in science. That is why the rhythm of His dance is being recognized in the dance of energy or the dance of sub-atomic particles, the basis for all existence. That is also why an exquisite statue of Nataraja adorns CERN, Geneva, the European Center for Research in Particle Physics, and the plaque at the statue’s foot explains the significance in the words of Fritzof Capra, “Hundreds of years ago, Indian artists created visual images of dancing Shivas in a beautiful series of bronzes. In our time, physicists have used the most advanced technology to portray the patterns of the cosmic dance. The metaphor of the cosmic dance thus unifies ancient mythology, religious art and modern physics.”

Thus Durjaneeya, the one difficult to be known, yet again exhibits the paradox that He is by appealing to both the obscurest Aghora and the most brilliant scientific minds of the day…

And on that note I sign off, once again getting nowhere closer, but joyfully blinded by His splendor, in my attempt to fathom the fathomless. And incapable of finding utterance to my bliss, I resort to the words of one of the greatest poets who was divinely inspired, Sri Rabindranath Tagore:

Thou hast made me endless, such is thy pleasure.

This frail vessel thou emptiest again and again,
and fillest it ever with fresh life.
This little flute of reed thou hast carried
over hills and dales,
and hast breathed through it melodies
eternally new.

At the immortal touch of thy hands
my little heart loses its limits in joy
and gives birth to utterance ineffable.
Thy infinite gifts come to me
only on these very small hands of mine.

Posted in Indian Culture, On Faith and Belief and tagged Nataraja, Shiva, shivaratri. Bookmark the permalink.
← Amme Narayana! On the Amazing Attukal Pongala
The Problem with Math →