Acha, This Is For You

Wrote this a couple of years back. Just came back again on the 14th year of my father’s passing. 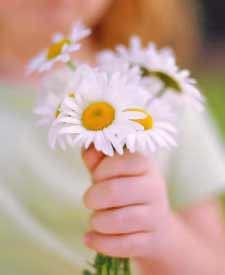 There is a story by Somerset Maugham ‘The Verger’ which talks about a man who served as the Verger of his local church till he lost his job on the grounds that he was illiterate. Lost without the job which he had been doing for decades, he decides to start his own business and goes on to build quite a business empire. The story always reminded me of my dad. No he was not illiterate. Just that he lacked formal education, having been forced to give up school when he was barely out of elementary school when his father died and as the eldest son, he was forced into the unenviable role of taking care of his mother and three younger siblings.

I think he started working since he was fourteen and lacking a ‘qualification’ there were not many professions for him to choose from. After serving quite a while as a ‘vakeel gumasthan’, by which time he had got both his sisters married off and his brother a job after educating him, he slowly started off on his own, trying his hand at several small businesses before he finally found his niche. He was a pioneer of sorts in my part of the world and he did go on to build something that is even today, not just easily recognised, but is also my identity, my family’s identity. He had come a long way from the hapless village boy who had come to the ‘big town’ Nagercoil in search of a living. Had he been ‘qualified,’ he probably might have ended up in a ‘regular’ job and slaved away all his life, unknown, unrecognized and mediocre. Fortunately, he was educated by the greatest teacher of all – Life

Being born quite late in his life, I have heard people ask him if I was his granddaughter when I was little. A question that a 5 year old found quite hilarious. It was much later I realised that it must have been quite an embarrassing question to him. I never really knew how he felt about it although I distinctly remember wanting to make him proud of me. Maybe I did, but belonging to the old school, he never really showed it.

Having born that late, I was also the unluckiest among my siblings having had the least number of years with him. But I was fortunate in the fact that I was the only one with whom he had spent two solid months resting and relaxing for probably the first time in his eighty year old life.  After spending those two months with me in the US, during which we celebrated my parents’ fiftieth wedding anniversary, and Onam, he went back, bidding goodbye to my husband, my older daughter and me.

On the fifteenth day came the terrible phone call which told us that he was no more. I did not make it to the funeral. I chose to remember him the way he lived. And my last memory of him is bidding goodbye at the gate leading to his flight in JFK airport (back during the pre- 9/11 days, you could actually see people off at the very gates). At the corner before he went away from my view, he turned around and stood there, just stood there looking at me for a really long time before my mother nudged him to go on. I can never forget that look on his face so full of love and sadness.

I was also lucky in another aspect. We south Indians don’t often touch our elders’ feet as much as our northern compatriots do. We do it on our wedding day, and probably during Vishu, but that’s about it. But on the day my father left, before we stepped out of our apartment, I don’t know why, I just reached down and touched his feet. The next time my whole family did that, his hands did not raise up to bless them.

He was a man who took joy in the simple pleasures of life and always liked having everyone around him smile. I still like to hear the stories my family tells about his preparations to come visit me in the US. A devout Gandhian, he always wore a white khaddar jubba and mundu and his khaddar was the kind that was unblemished, unlike the khadder today. He wore pants for the first time while traveling to the US and I heard about how everyone cracked up laughing when my brother helped him with his pants for the first time, when he was eighty. I am sure he must have been the one who laughed the loudest.

He often came back from his walks with something for us. Delicious ‘pongal’ after his morning walks or banana chips after his evening walks. He never liked our guests to leave without having food from our house and always chided us for not being ‘hospitable’ enough when guests came over.

It is almost twelve years now since the day he left us. It is true what they say about your life being rudderless without your father. It does not matter how old you are. You always wish he were there to guide you and give you sound advice. Not that my father and I ever got along when he was alive. We argued a lot and often I could not accept his ideas or beliefs. I thought I knew it all. Now I think I know better! And my greatest regret is that I never got to know him or understand him better. Sadder still is the fact that I never really tried to! I was too busy trying to prove I was right and he was not.

And maybe I disappointed him since I never became the Professor he wanted me to be or even attempt the Civil Services exam like he wanted me to. I cannot honestly say that I shared a close bond with my father. He was not the very ‘hands on’ kind of fathers we find these days. I never spoke to him unless necessary although I think he definitely might have enjoyed some idle chat. Not that he was the extremely strict or ‘terrifying’ kind of father. It just never happened and that was the way it was.

The loss of a parent is something we never ever truly get over. The grief never really goes away. We just learn to live with the pain. That is why, even now, ‘Innale Ente Nenjile’ beautifully penned by Gireesh Puthecherry and set to music by M Jayachandran remains the only song by Dasettan that I simply cannot bear to hear. It brings back too many memories of my father who left before I was done knowing him.

Posted in Icons, Life & Living, My Syndicated Columns, Of This & That, YENTHA.COM. Bookmark the permalink.
← Sadhya – The Traditional Feast of Kerala
Remembrance of Things Past →