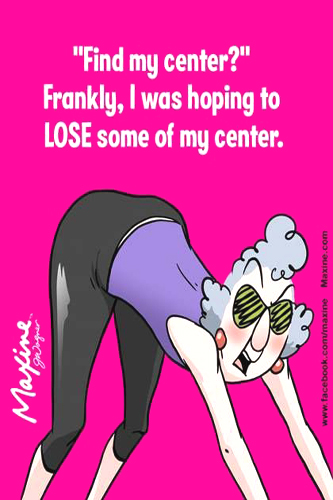 I do have my moments. Moments when the health bug bites me and I am off on a bout of healthy lifestyles, long walks and slimming diets. The one who suffers the most for the latter is of course my long-suffering husband who has by now been forced through every diet fad, from the Atkins to the Flexitarian. The logic behind it is simple, based upon a promise he made to me at some weak moment about  twenty one years ago – that he would stick with me through thick and thin. Here I am trying to get thin. And I firmly believe that he needs to be with me. I am just trying to save him from breaking his word. Plus, the unwritten law that holds marriages together decrees that if I suffer, he does too.

So what brought about the latest awakening of health consciousness? It’s just that my body has been sending me several messages for a while, which I have been faithfully ignoring. But when Mr. Carpal decided to burrow a Tunnel through my wrist, my elbow tried to do an Andre Agassi and my kidneys threatened to go into business on their own -the quarrying business that is – I decided that maybe I should start listening to what my body had to say. Things came to a head when the digital display on my weighing scale read, “One at a time, please!”

So I signed up for a 21-day intense Yoga class. And for company I signed up my daughter too. This time I thought I’d make her suffer instead of my husband. All I had to tell her was, “You take after me so much. See you even have my height.” And no, that doesn’t count as a threat or blackmail. It’s allowed in the book of parenting.

The class was at 6 am and I practically had to drag my body, kicking and screaming to class. As we got into the initial stages of the Surya Namaskara, our Yoga instructor said, “Do not push yourself too hard. Listen to your body and do only what it wants you to.”

And I had already disobeyed him on all counts. I was pushing myself hard – to get out of bed, give up my morning chai, drive myself to class and attempt to get some exercise. And if I listened to my body and did only what it wanted me to, I’d be bundled up all nice and cozy in my warm bed at home, and not on a thin yoga mat in a room full of mirrors, tying myself up into knots in the midst of strangers!

And to make matters worse, my pretzel of a daughter was right next to me, twisting herself into impossible poses, much to the appreciation of our instructor. “Look at her,” he would happily exclaim, “this is your ultimate goal. This is what the poses you are attempting should finally look like.” Yeah right. She is what the others should be aiming for and her mom next to her is what Dhanurasana is NOT supposed to look like. The 99 ways you learn, NOT to do something, to borrow a line from the man behind the electric bulb. 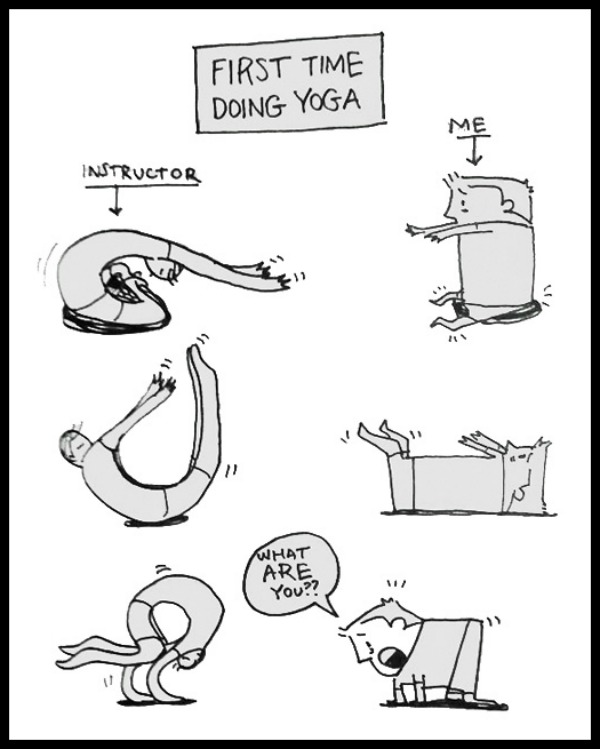 After an hour of twisting, turning, grunting and embarrassing myself  (and my daughter), it was time for my favorite part of the day – Shavasana or the Corpse pose. Now finally here was something I could actually do and do it quite well too. The only danger was that our instructor had such a soothing, calming voice that when he asked us to relax every bit of ourselves, I followed his instructions to the T, a bit too ardently perhaps, and my daughter had to constantly poke me because my snores were getting too loud. Loud snores apparently aren’t conducive to relaxation – for the other people in the room. Although I could never see what all the fuss was about. I didn’t hear a thing!

But the class did have its ups. Most evenings, I usually was ready to bite anyone’s head off if they so much as asked me to pass them a bottle of water, because I was so exhausted and run down by the end of the day. But with my new yoga regime, I had more energy to spare and did not try to talk my daughter out of going for a walk around the block. Obviously, all that Pranayama and yoga exercises were pumping more oxygen into my blood. The depleted strength was being refilled and my batteries recharged.

As for touching my toes without bending my knees – I believe I shall get there one day. I am working on it.

Posted in Indian Culture, Life & Living, Mommy Matters, My Syndicated Columns, Seriously on the Lighter Side, The Family Menagerie, YENTHA.COM and tagged Weight loss, yoga, yoga poses. Bookmark the permalink.
← You Are Your Mother…Like It Or Not!
Home Decor →